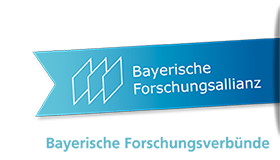 The path of infection of prion proteins within the mammal's organism is almost unknown. Especially it is not clear how pathological prions attack the CNS of exposed animals. The aim of the presented projects was to use the existing know-how about the function and genetic in-vivo modification of dendritic cells in order to investigate the putative transport and replication function of DC in established mouse models of the prion disease. Recent findings supported a key function of the immune system with the CNS infection by prions. Above all an intact, lymphatic spleen tissue seems to be an important prerequisite for a peritoneal infection. Thus it does make sense to investigate the DC under in vivo conditions. The DC as natural antigen transporters are in charge of the transport from the periphery (skin, gut mucosa etc.). Transgenic mice with migration/endocytosis defects in DC or B cells and FDC were investigated. When looking at the N17Rac1hCD19 (low copy strain), mice with defects in the B cell population, the intraperitoneal route of infection led to the development of scrapie disease in 100% of mice in both transgenic and control group, however the incubation time in the transgenic group was significantly longer than in the corresponding control group These results indicate that the end pathway of scrapie disease is not altered in these transgenic mice with a typically observed neurodegeneration of prion disease, however the spread of the agent is probably effected. Taken together these results indicate the specific inhibition of B cell migration and shortening of B cell life cycle interferes with sensitivity to infection. To investigate the role of dendritic cells (DC), we used a transgenic mouse model. In this model (CD11c-N17Rac1), a significant reduction of CD8+ CD11chi DC has been described, and remaining CD8+ DC demonstrate reduced capacity for uptake of apoptotic cells. After intraperitoneal prion-infection significantly longer incubation times were observed in CD11c-N17Rac1 mice than in controls, indicating that a defect in CD8+ CD11chi DC significantly impedes neuroinvasion after intraperitoneal infection. In contrast, no distinct differences were observed between CD11c-N17Rac1 mice and controls after oral infection. Regarding the intraperitoneal route of infection, one study showed that the use of lymphocytic choriomeningitis virus (LCMV) Clone 13, which induces a dysfunction in splenic DEC205+ and CD11c+ DC, did not affect prion transmission7. However, this defect did not encompass all DC and did not target specific subpopulations. Another study showed that a high infectivity titer is present in a splenocyte population of CD11c/MHC class II+ cells, corresponding to DC from prion-infected mice1. The infectivity titer in this cell fraction was higher than in a B cell-enriched fraction and suggests that CD11c+ DC are vectors of prion propagation. Furthermore, the authors showed that a fraction strongly enriched with live infected CD11c+ splenic cells induced disease in Rag 1o/o mice without reconstitution of lymphoid architecture, showing that CD11c+ cells can lead to neuroinvasion without an accumulation step in the germinal center. We observed significantly longer incubation times in CD11c-N17Rac1 mice inoculated intraperitoneally than in the respective wild-type controls. These findings show that a defect in the CD8+ CD11chi DC population leads to a distinct delay in neuroinvasion after intraperitoneal prion infection. This indicates that the CD8+ CD11chi DC population plays an important role in peripheral neuroinvasion which can be compensated for by an as yet undefined cell type or even by a different route of neuroinvasion. This compensation is achieved at the cost of reduced efficiency of intraperitoneal prion infection, as evidenced by significantly prolonged incubation times in transgenic CD11c-N17Rac1 mice. Regarding the oral route of infection, our studies do not exclude the possibility that DC can acquire prions from the gut lumen and transport them to lymphoid tissue as suggested by Huang et al.3. It is possible that the intestinal CD8+ CD11chi DC population, even though we know that it expresses the transgene, does not show as pronounced a defect as peripheral DCs. However, it is also possible that this postulated step of the infectious process is not rate limiting and can be compensated for through other pathways. The fact that after oral infection no distinct difference could be seen between controls and transgenic CD11c-N17Rac1 mice regarding incubation times, in contrast to the intraperitoneal route of infection, indicates that the requirement for the CD8+ CD11chi DC population is dependent on the route of infection. Which part of the infection process is most susceptible to the defect in the CD8+ CD11chi DC population could be accessed by testing for PrPSc accumulation on FDC, with a comparison of splenic (intraperitoneal) and oral (mesenteric lymph nodes) FDC, to account for infection route specific differences. These results are in line with previous work indicating differences in lymphoreticular requirements between oral and intraperitoneal prion infection10. It is conceivable that the oral route primarily uses efferent fibers of the vagus for neuroinvasion, as described6 with no significant role played by the CD8+ CD11chi DC population, in contrast to the intraperitoneal route which relies on the CD8+ CD11chi DC population for efficient neuroinvasion. We cannot exclude that the difference between the oral and intraperitoneal route of infection is partly due to different effective infectious doses. As the mouse model used in this study does not show a complete defect in the CD8+ DC subpopulation, further studies using models in which the CD8+ DC subpopulation is completely depleted and in which other DC subpopulations are impaired have to be established to further elucidate the role of DC in prion infection.