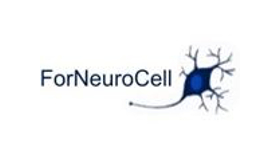 Development of a methodology to differentiate human astrocytes into functional neurons

The primary aim of this project is to assess the possibility whether nerve cells that have degenerated as a consequence of trauma or disease can be replaced by stimulating glial cells resident within the central nervous system to generate new neurons (neo-neurogenesis). The basis for this approach is the fact that similar glial cells function as neuronal precursors not only during development, but also in those regions of the adult brain where life-long neurogenesis takes place. In the present project we will first investigate whether astrocytes isolated from the human and possibly adult brain can be incited to undergo neo-neurogenesis. To this end we will introduce into these glial cells so called neurogenic transcription factors that are well known to play key roles in the specification of neurons during development and subsequently we will examine the physiological properties of such glia-derived progeny. That such approach may be indeed feasible is suggested by previous studies of our laboratory on glia in the adult murine brain. A successful neo-neurogenesis based on the directed differentiation of glial cells resident in the adult human brain may represent a novel alternative to the use of embryonic stem cells for cell replacement therapies.