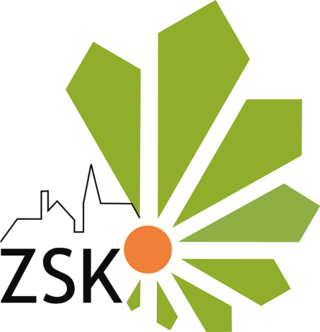 The steady growth of many European cities and the increasing sealing of rural areas are dramatically changing the landscape and habitats of many animal and plant species: In many places in Europe, declines in habitats and wildlife populations are being observed, and the decline of many insect species (especially wild bees) is currently the focus of public attention.

As the degree of urbanisation increases (proportion of sealed area, density of buildings, traffic density, etc.), the diversity and abundance of pollinators decreases, caused mainly by habitat fragmentation in urban areas. The genetic exchange of isolated insect populations is often limited, especially in urban areas.

A sub-area of the "Blooming Ribbons in Cities" project is therefore concerned with the networking of individual pollinator populations and is intended to give the corresponding species better opportunities to migrate along an inner-city perimeter gradient. To this end, flowering areas will be created along major traffic axes (inner city periphery) in Munich. Varying distances between areas should show which maximum distances insects are able to overcome.

In addition to their attractiveness for insects, a large-scale use of flowering areas for urban areas is to be tested. The seed mixtures of the planted areas will vary in their composition with the inclusion of rare species, and their usability will be investigated in practice tests.

In addition to biodiversity effects and its aesthetic and spatial roles, urban greenery also fulfils the function of climate regulation. In addition to improving the living conditions of pollinators, the design of flowering strips should also be investigated with regard to microclimatic site characteristics in comparison to conventional planting.

The following scientific and practical goals are aimed for in the "Bunte Bänder" project:

2. evaluation of climate resilience and attractiveness of different species mixtures for pollinators and other beneficial insects in comparison with existing flowering areas and green spaces

3. climatic optimisation of the size and distances of the flowering areas as corridors for pollinators and other beneficial organisms along an urban-rural gradient on the basis of their movement behaviour

4. improving the quality of life of urban dwellers through the microclimatic and aesthetic effects of flowering areas

5. recommendations for practicable compromises between the requirements of nature conservation and urban green management in order to increase urban climate resilience and the biodiversity of pollinators