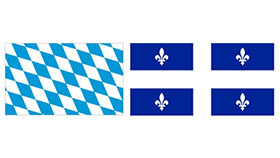 On October 18, 2016 the Working Group Bavaria-Québec met in Munich for the fourteenth time. The working programme was set for the next two years under the joint chairmanship of Mr. Michel Lafleur, Department Head, Bilateral Relations in the Ministry for International Relations and La Francophonie of Québec and Gunnar Wiegand, Deputy Head, European Politics and International Relations at the Bavarian State Chancellery. More than 60 cooperation projects were agreed upon for the upcoming two years, including 24 projects in the fields of science and technology.

The institutional working group Bavaria-Québec meets alternately every two years in Bavaria and Québec to coordinate, discuss, and develop their cooperation in politics, economy, science, education, and culture. The field of science and technology is managed by the Scientific Coordination Office Bavaria-Québec (WKS), which is embedded in the Bavarian Research Alliance. Over the next two years, the scientific and technological cooperation will focus on especially on energy, as well as on neurosciences, life sciences, Plan Nord, arctic studies, and bilateral participations within multilateral research projects. 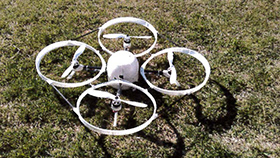 Quadrocopters require the use of unmanned aerial vehicles as active control systems to stabilize their trajectory. The software required with its algorithm is of particular importance. Under the scientific direction of Prof. Schilling (University of Würzburg) and Prof. Sharf (McGill University), who have been working on this topic for many years, Sebastian Schell was able to prepare his Bachelor's thesis in aerospace informatics. During his three-month stay in Québec, Mr. Schell participated in the development of the quadrocopter "NAVI", which was subjected to various test flights. The evaluation of the flight data is used to optimize software and hardware. The partnership between Bavaria and Québec promotes student mobility through various programs.

In the September issue of “Cell Host and Microbe”, researchers at the University of Montréal published a new method to identify HIV-infected cells. This is particularly demanding because such blood cells only occur in very small amounts. Under the scientific direction of Dr. Daniel Kaufmann, virologists at CRCHUM developed a novel procedure to identify one infected cell in a million cells. Such precise methods are necessary to improve methods which remove the virus from the body. PhD student Julia Nießl from Bavaria is part of the research group. The partnership Bavaria-Québec partnership supports doctoral projects by through its program for exemptions of student fees for foreign students in Québec. 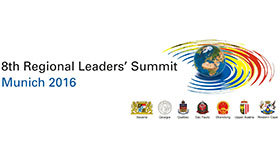 Québec at the 8th RLS Conference in Munich

From 14 to 15 July, 2016, the 8th Regionl Leaders Summit was held in Munich, Bavaria. The focal topic of this year’s Regional Leaders’ Summit was “Digitalization and Innovation”. With the 8th Regional Leaders’ Summit, the partner regions expanded their cooperation in the fields of economy and science, shaped the developments accompanying digitalization, and opened up future prospects. The strong bilateral relationship between Bavaria and Québec was further strengthened during this multilateral and multiregional conference, with several new cooperation agreements being signed. The 9th RLS Conference will take place in Québec in 2018, where the theme will be ''Energy transition: Towards a low-carbon economy''.

As part of IFAT 2014, the World’s Leading Fair for Water, Sewage, Waste, and Raw Materials Management, a unique forum on Canadian water and energy resources was held May 7, 2014. 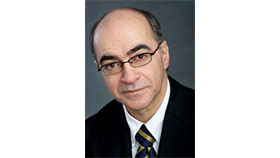 Prof. Alain-G. Gagnon is presenting a collection of his latest essays on federalism and national
diversity in Canada. You are kindly invited to attend the launch of “Das Zeitalter der Ungewissheiten” on February 25, 2014. 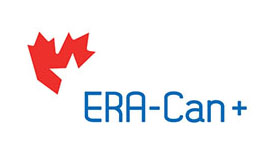 The new ERA-Can+ initiative was launched on October 1, 2013, to promote opportunities for Canadian researches to work with European colleagues in Horizon 2020, the new European Framework Programme for Research and Innovation.