We have a permanently staffed liaison office in Brussels to represent the interests of Bavarian stakeholders at EU level. At the beginning of 2019, the BayFOR office in Brussels was set up as an independent entity with the legal form of an International Non-Profit Organization (A.I.S.B.L.). Through this office and our staff in Munich and Nuremberg, we are involved in various international initiatives, committees, bodies and networks, which are represented in Brussels.

Our EU liaison office in Brussels - your direct line to Europe

Together with the BayFOR team in Munich and Nuremberg, our liaison office in Brussels represents the interests of Bavarian universities, universities of applied sciences as well as small and medium-sized enterprises at European level, enhances their visibility and acts as their gateway and contact facilitator with the European institutions. We work very efficiently and constructively with other representatives and liaison offices, for example with the Representation of the Free State of Bavaria to the EU, the Permanent Representation of Germany or the offices of national and international research organisations as well as representatives of other regions and member countries.

Our office in Brussels handles the following activities among others:

The services of our Brussels office are free of charge.

Furthermore, our participation in pan-European initiatives, committees and bodies and the provision of experts from Bavaria within these specialist groups allow us to promote Bavarian interests strategically. For example, BayFOR was appointed to the Bavarian EFRE Programme Monitoring Committe  in 2014. On behalf of Hochschule Bayern e.V. (The Bavarian Universities of Applied Sciences) and together with other associations, it founded the European network UAS4EUROPE in 2016, which gives universities of applied sciences a voice at EU level. Since 2017 the EU Liaison Office of BayFOR is member of UnILiON. UnILiON is an informal network of over 40 liaison offices representing more than 120 excellent universities based in Europe, Japan and Russia. The network represents an arena of exchange where the participants share information, create collaboration and act as information multipliers towards the represented organisations.

Please find here an overview of upcoming EU funding-related events from across Europe. 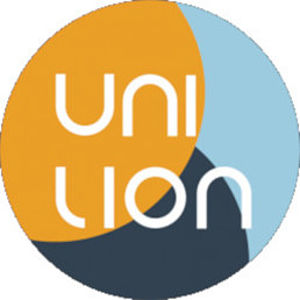